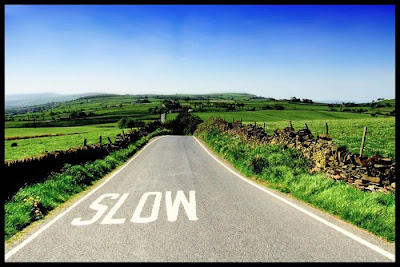 I read an interesting article recently in Time magazine that detailed the slow in growth in Wikipedia, the online encyclopedia. It seems that Wikipedia reached it’s zenith in September 2007, and slowly began to flatline and then slow quite a bit in growth.
Various reasons have been suggested as explanation. Some have suggested that it’s because there are no longer any “easy fruit” to pick. The simple topics like “dog,” “John F. Kennedy,” and others were filled a while ago, and now only specialized topics are left. But the author of this article gives a different reason as to why the organization has been slowing down: bureaucracy.
He mentions how Wikipedia has recently been adding various layers that has seemingly moved to stunt it’s growth.
Here’s a quote:

“Chi’s research suggests that the encyclopedia thrives on chaos–that the more freewheeling it is, the better it can attract committed volunteers who keep adding to the corpus. But over the years, as Wikipedia has added layers of control to bolster accuracy and fairness, it has developed a kind of bureaucracy. ‘It may be that the bureaucracy is inevitable when a project like this becomes sufficiently important,” Chi says. But who wants to participate in a project lousy with bureaucrats?”

So how do you slow the growth of an organization? Add lots of bureaucracy in an attempt to protect the value of “fairness.” That’s it. That’s the recipe.
The more difficult you make it for people to interact. The more levels and hoops that you have for people to jump through, the less likely it is that they’ll participate. Make it simple and people will jump. Make it tough, and people will sit.
This is the same theory as promulgated by the authors of The Starfish and the Spider. Organizations that are like the starfish (simple, decentralized) vs. being like the spider (many levels, central organization, complex structure) are ones that are more likely to grow and keep on growing.
This simple principle has really powerful expressions in most areas of church or organizational life.
What does someone have to do to join a small group?
Become a member?
Volunteer?
How are decisions made in your organizations? Do most decisions have to pass through different board or committees?
So here’s the lesson in all of this. Have a really clear and powerful vision, and create really simple ways in which people can contribute and participate towards that goal. Or else you will probably begin to slow.
I’ve seen this at play in my church, and we’re working to address it and simplify in as many different areas as we can.
What about you? Where have you seen this principle in effect?
[image by andrewlee1967]