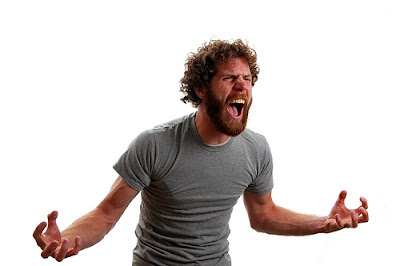 I don’t think anybody likes to receive criticism; to be told that something you’re doing or leading is somehow not working. But how do you react to it? Do you get defensive? Do you listen with an open ear and heart?

Better yet, do you create opportunities in your organization in which you purposefully seek out what is not working well and give people opportunities to share this?
It seems that leaders of organizations that succeed are quite open to receiving and hearing bad news, to facing down the hard-truths.
Referring to Good To Great companies, Jim Collins said of the Pitney Bowes company:

“The entire management team would lay itself open to searing questions and challenges from sales people who dealt directly with customers. The company created a long-standing tradition of forums where people could stand up and tell senior executives what the company was doing wrong…and saying ‘look! You’d better pay attention to this'” (p. 72).

I recently tested out this principle by having a special gathering in which the entire church body was invited to share and dialogue on some information. Our attendance and giving had dropped significantly in the month of September for some reason. I didn’t really know why, but assumed we could all figure out some ideas. So I showed them the graphs of our attendance and giving going back to January. We analyzed month by month and sought to understand why attendance might have been higher in some months and lower in others.
I’ll admit, it wasn’t the easiest meeting to lead. It’s never easy to hear bad news. But I think the dynamic changes (in a good way) when you, as the leader, are the one inviting it. When you invite people to be totally open and to analyze and process together with you.
I thought the gathering went quite well and we were able to more deeply bring some things to the surface that needed to be addressed and talked about.
So I think here’s the bottom line point: It’s much better if you, as the leader, bring up the difficult topics first and address the hard realities. That’s one of the primary roles of leadership.
Jim Collins says:

By the way, make sure to read this other post I write called “How To Respond to Criticism.”
So in the words of Susan Scott, author of Fierce Conversations, “What are you pretending not to know” because you don’t don’t want to deal with criticism or facing difficult facts? Also, what do you think are some good forums for listening to and addressing the tough issues?
[image by BBernie82]